Special to The Inlander

Ideas, ideas and more ideas… that’s what participants in Mission One: Revenue came for: revenue ideas and that’s what they said the left with, ideas they could put to work in their home markets immediately.

Need an out of the box idea that can generate six figures in revenue a hurry?

Why not try an Escape Room?

If this doesn’t seem like a “newspaper” idea to you, then talk with Mike Fortman, Group Director of Advertising for TH Media in Dubuque, IA whose Escape Room generated $100,000 in the first year. It is now on track to generate even more, he told M1Revenue participants. (For more on this Escape Room idea, see page 7.)

This was just one of the many ideas shared by presenters and participants alike. In fact, several participants complained in jest that they had so many good ideas jotted down that their biggest problem would be which one they should start their markets.

Held June 19-21 at the offices of The Atlanta Journal-Constitution, Mission One: Revenue attracted approximately 90 enthusiastic participants who offered up success stories and best practices on all of the ways their newspapers are generating revenue — digital, print, mobile, events, video and even Escape Rooms.

“I got something out of every presentation at the conference,” said Bill Duncan, director of Advertising, The Index-Journal in Greenwood, SC. His comment was typical of the evaluation survey responses on the last day of the conference. “Many new ideas and contacts! Great conference.”

Ideas ran the gamut from reviving the real estate category to cashing in on political advertising for the coming midterm elections. “Political advertising in this ‘off year’ resonates with TRUSTED NEWS!” said Scott Christiano of BH Media who imploring attendees to get out and take money away from other forms of media in their markets.

Everton Weeks, co-founder of Currow Weeks & Associates and president of The Weeks Group, had literally attendees sitting on the edge of their seats when he showed a clip of Michael Curry, head of the US Episcopal Church telling Meghan Markle and Prince Harry that “love is the way” as he presided over their royal wedding. Weeks went on to present the three keys to attracting and retaining the best employees: “Make their dreams come true,” he said, “love them, and don’t give up on your team.”

Master of Ceremonies Mike Blinder of The Blinder Group kept things moving at a breakneck pace making sure everyone got the chance to participate. Overall the atmosphere was upbeat and positive.

“There was a thread of optimism running through almost every session,” said Sammy Papert, president of Wormhole. “Just about everyone had an example or tactic that worked in driving revenue. And it was across just about every revenue discipline newspaper media has.”

Perhaps Blinder summed it up best after at the end of two-day and a half day program, “It’s just awe inspiring to see so many smart people dedicated to finding new solutions and new sources of revenue in one room. I wish everyone could have been there because if they had there would be no doubt in anyone’s mind that the future of local newspapers is long and bright.”

Blinder summed up the event this way: “So glad that our line up of speakers and local case studies were so well received by the many attendees at M1 in Atlanta. Everyone I spoke with told me how they were going to head back home to immediately implement something they gained from the conference to boost their top line this year.” Blinder went on to add: “I feel great that our core ‘mission” was accomplished, to build a conference totally devoted to helping newspapers of all sizes, make money now!”

Their mission: Take a long road to Mission One: Revenue 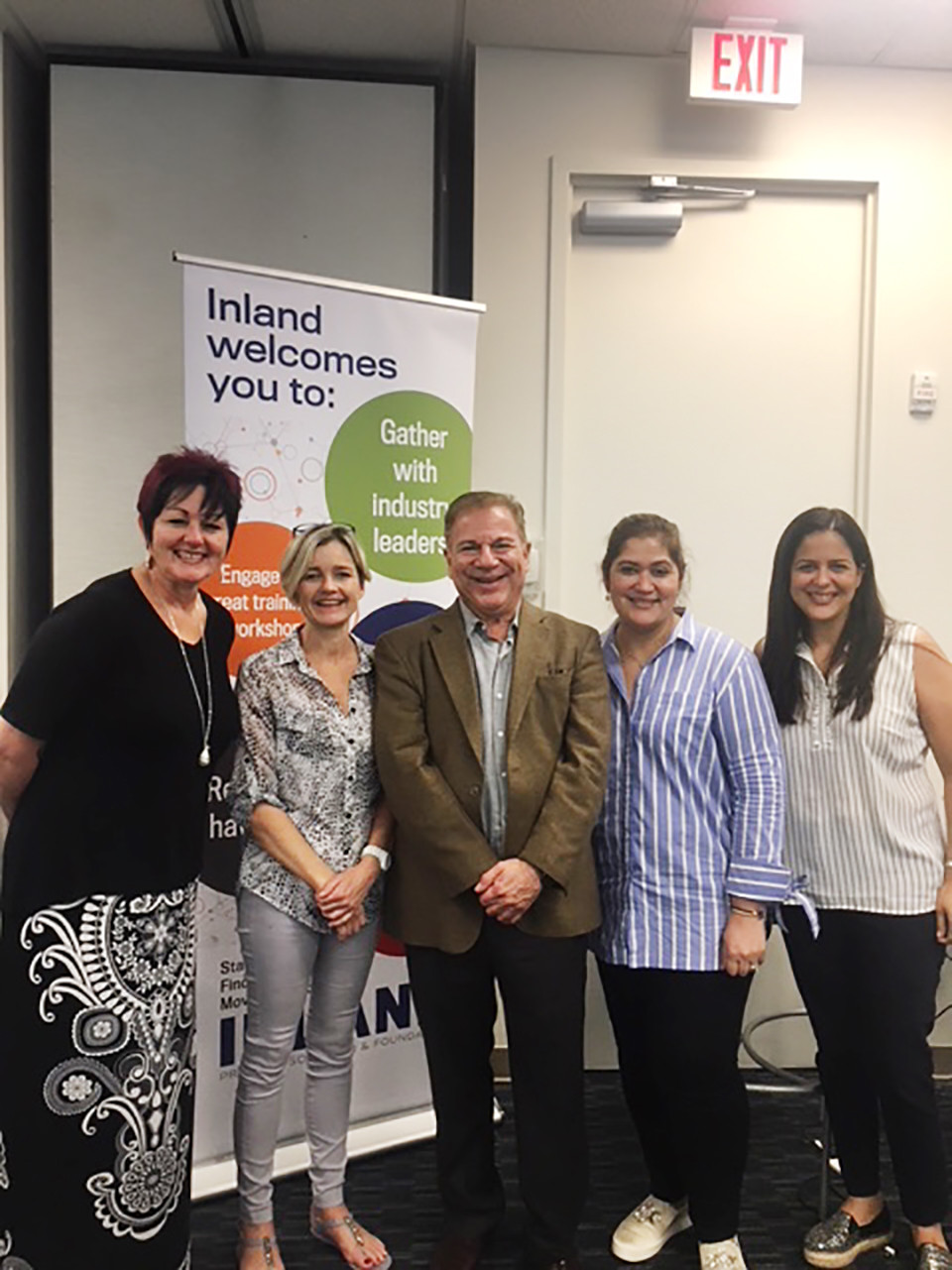 Among the attendees at Mission One: Revenue were four media executives who literally went the extra mile(s) to get to Atlanta. Flanking conference co-sponsor Mike Blinder are, from left, Linda Pretorius and Gillian Frances Barr of Caxton Local Media in South Africa and Isabel Sabillion and Doris Rivera of Grupo OPSA in Honduras. Read more.